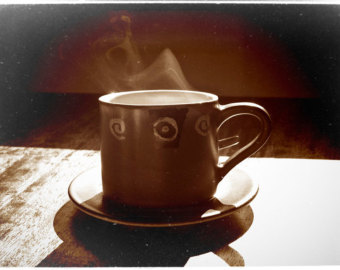 On the occasions in which I have liberty for extended quiet-time in the morning, I tend to look back upon the previous week, and process all that is moving through my senses–not the least of which is that while cleaning the litter box each morning–two litter boxes, for two cats respectively. Interestingly enough, as I do so clean the litter boxes, I typically experience immediate flash-back’s of speeches rendered on the White House lawn since November 20th of 2009. I can’t quite figure out the correlation there.

Stepping aside from the pungent experience of cleaning the two litter boxes; I also process all that is alighting upon or running through my prophetic antennae.  In addition to this, I consider all that is being spoon-fed the masses, via mainstream media.  I also consider my daily portion of the Word, Scripture, and personal words given me from Believers abroad.

Usually, and once the one and only cup of coffee apportioned to me is drunk, drank or drinked (you see, I get too happy if I have more than one), I realize that the more time marches forward, the more we march headlong into a period in world history which can only be accurately categorized as the End-Times.  And during these End-Times, I see the Church Universal (no, not the “Catholic church”) being swiftly split into three primary orbits.

The first orbit represents those who’ve chosen to remain within a religious bubble of sterile religion, trusting blindly in their organization and their pope-like leader who delivers a weekly theological treatise from a pulpit, while the sea of spectators sit blindly upon their spiritual gifts, forking-over their weekly tithes like good members, and while also daydreaming (at the 40-minute-mark in the service) over what restaurant they’ll be making a B-line towards, at 12:01PM.  When Monday rolls around, its right back to a life of compromise and indifference over what God is truly up to around the globe–and around their personal houses.

The second orbit, a smaller one, represents those who’ve broken-free from the first orbit, yet who are now sucked into a vortex of fear and confusion as the result of their spiritual sail’s being governed by “every wind of doctrine,” and every fear-based news item–the combination of which equates to an absence of peace, and perpetual confusion, not only while attempting to discerning the times, but also in understanding who they are in the larger context of God’s personal plan for them, and their personal placement within His End-Times program.

The third orbit, and yet a smaller one (and growing smaller by the hour it seems), represents those who are both free from toxic religiosity, and fear-mongering, and who keep themselves planted in a daily diet of Scripture (the sure rudder in the storm of 21st century chaos); while also taking serious note of the steady stream of prophetic revelation available to us around the clock–all of which is most fruitfully acted upon when poured through the filter of Scripture–not unlike panning for gold (which I have done), wherein dirt, grit and sand is washed away, revealing any gold to be pocketed.

It is the third orbit that I’m personally trying to stay within, as the daily tumult of deception, confusion and fear feels increasingly like that of running in circles–on a water bed.

Within this “third orbit,” if you will, I seek to share abroad the things I “see,” while also attempting to share them in such a way so as to spawn two things primarily:

1) A continual pointing to the Lordship of Y’shua–Jesus–and the cross upon which He once hung–symbolizing and paving the way for the crucified life to which we are called.

2) Preparedness for the times unfolding–while we cling to that cross, and remain in His perfect peace, which is ours for the asking, daily.

Much of what I continually share abroad, is met with scoffing.  A small cross-section of people however, regularly share that my musings have dully affirmed theirs.  And though I don’t share my insights to in turn obtain personal affirmation, I yet appreciate knowing that there are those who are “sensing” the same. To this end, I am often encouraged to happen upon those who “see” much of what I “see.” When I do happen upon it in written form, I will often share with others, in a posture which says, “You see? I’m not really crazy after all!”

We owe it to ourselves, and to those we influence, to pull our heads out of the sandbox and face the scale of what is unfolding before us, while also keeping our feet solidly planted in the truths of the Word of God. This said, I’ve pasted below a brief but telling musing of the events unfolding globally this week, and, more importantly, that which has unfolded over the past two days alone.

As you process the associated article web-linked below, hold-fast to your peace, and your cup of coffee :O)