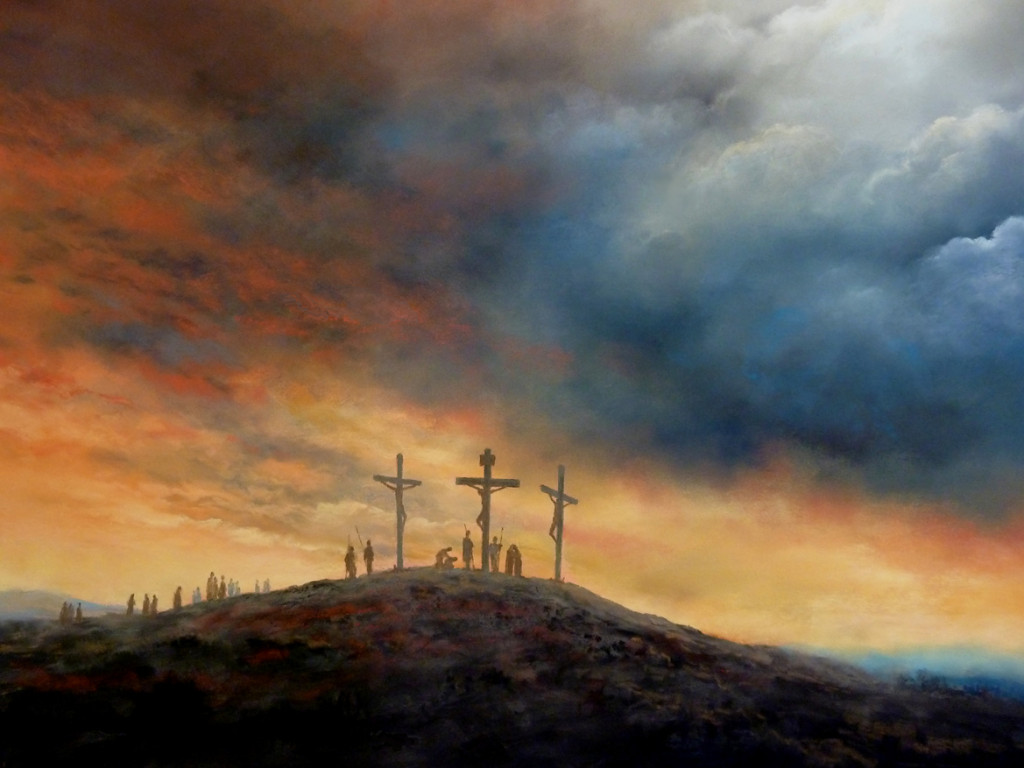 Earlier this evening as my wife and I enjoyed the taking of Communion together, and as I sought to find a very familiar passage from the Book of John upon which to do so, and that namely chapter 6 versus 51-58, I happened to rest my eyes upon John 6:66, which reads:

“From this time many of His disciples turned back and no longer followed Him” (NIV).

I believe it no coincidence that the contents of this one verse happen also to find themselves nestled within the numerical score of “666.”  For thee most pointed attack presently being unleashed upon Believers, and leaders especially in this hour, is that design to pull them back (i.e, “…turned back...”) into former areas of bondage, that they will in turn become so consumed once again in condemnation, that they will lose the resolve to follow Him (i.e., “…and no longer followed Him“).

As one who has facilitated Deliverance and Inner Healing ministry sporadically for decades at this stage, and with full-time focus in recent years, up through very recently; I have observed the vicious pattern of the works of darkness seeking to lull Believers back into former areas of bondage–done so in very crafty and cunning ways.  Presently, and the very hour in which I type these words, leaders especially are being blind-side and pummeled with hideous attacks designed to turn them back into previous webs of bondage, to and include the associated and subsequent demonic condemnation which would lead them to believe that they cannot possibly continue to follow Jesus (i.e., “…and no longer followed Him”).

Thee most potent area of attack, for men especially, is that involving lust, sex, eroticism, pornography, lewdness, sexual perversion, and any combination of the above, in the form of the toxic lures of what is readily available on the Internet and cable television, with a mere click of a mouse or TV controller. And by the hour the hordes of hell are releasing an increasingly vicious attack upon those who have previously been bound by this crippling web.  I have known this web very well, as is colorfully reflected in my book: Teshuvah–David’s Key.

For anyone who happens to read this article, and can identify with or affirm this present demonic strategy at-play against someone you know; please consider copying them herein, that they may hereafter be armed for battle accordingly.

I began this article by mentioning the taking of Communion with my wife earlier this evening.  Increasingly so, we have found critical power and sustenance in this practice.  How so? Perhaps a few rather aged hymns can best answer this question:

Recall John 6:66, “From this time many of His disciples turned back and no longer followed Him.”

There is a great falling-away underway presently, dear friends.  And that is a key strategy of the Evil One in this hour–the evil one who finds numerical association with “666.” And we cannot allow the course of John 6:66 to have its way in our lives at this stage.

I want to encourage each of you to consider adopting a daily practice of Communion at this stage.  As extreme as this may sound, you must know that we’ve just entered a critical hour, wherein darkness will rage in unprecedented ways in the months ahead, and even as this very month unfolds. We must therefore draw upon every weapon within our spiritual arsenals, to withstand what is slung in our direction.

As you approach the taking of Communion, you may do so with red wine or grape juice, and with Carr’s Water Crackers, Kosher matzah, or simply bread of any type.  With the elements in-hand, read John 6:51-58. Following such, lift the bread and ask that as the body of Y’shua was pierced for you–that all that plagues your body would in turn be pierced.  As you lift the wine or juice, the symbol of His blood that was shed; pray that every measure of potential entrapment to sin, and resident iniquity, would be shed from your body–that His blood would infuse yours and cleanse it entirely.

Conclude this time by standing upon 1 Peter 2:24 and receiving the promise of the power of Y’shua’s stripes and wounds–which have the power to make you whole again.

I’ll close this brief meditation by sharing an experience I had maybe 3 years ago, while sitting under the teaching and ministry of a dear saint who has since gone to be with the Lord, a saint named Wade Taylor.

I had sat under Wade’s teaching many years prior, and had not seen him for a long time.  He was organizing a small conference in the D.C. area which was to be the first of its kind, and which has since become an annual event perpetuated by his daughter Nancy, titled simply: A Gathering In His Name.

I made several sacrifices to be at this conference, feeling a deep compulsion to be there.  I knew-that-I-knew there was something for me there.  I was not disappointed.

At one point during the 2nd day of the conference, and right in the middle of a sobering message, Wade paused for a moment, stepped back from his pulpit, looked me straight in the eye, and slid his left index finger slowly across his neck–symbolizing the cutting-off of my head.  At that moment I flinched at the incredulous inference, and then glared-back at him, as if to say with my facial expression, “Same to you, buddy!”

Wade then smiled and said, while continuing to look me directly in the eyes:

“Its time to lose your head–that Christ can be the head.”

I lost my head at that moment, as I once again allowed Christ to the head of all that I am.  It was a radical re-commitment to following Him at all costs.  And all costs have been precisely what I’ve paid as the result, with the forfeiture of every form of earthly security as the result of the decisions my wife and I jointly made following that conference.

Christ must be the head, dear friends, every hour of every day at this juncture, or we will in fact fall prey to the foreboding warning of John 6:66, by turning back to former areas of entrapment, to thereafter follow Him no longer.

There is power in the blood, my friends.  Stand upon such as you incorporate the critical practice of the taking of Communion in this very sobering hour.